A blazing hot afternoon, and a mini-trek over Sheepcote Valley in search of kestrels. They made it easy. I spotted the first one as I drove in to the empty(!) car park. It was perched on the fence, having hopped over from the road side as I drove in. There’s an odd colour cast on this shot, but I like the business of it all, and it was the first shot of the day. 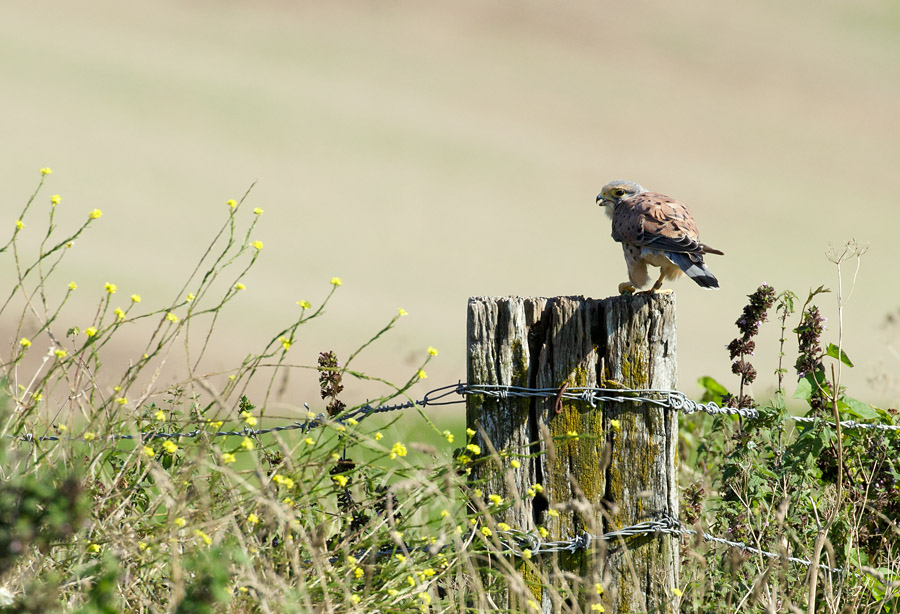 This next one is altogether more conventional… 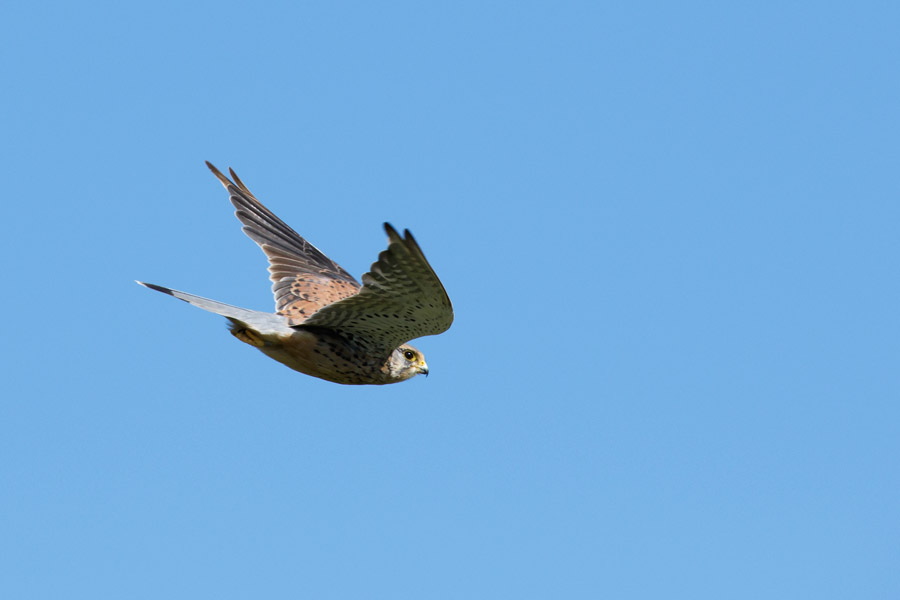 Kestrel in flight under blue sky

It was out hunting, and between perches picked up a small snack (a speckled bush cricket, I think). 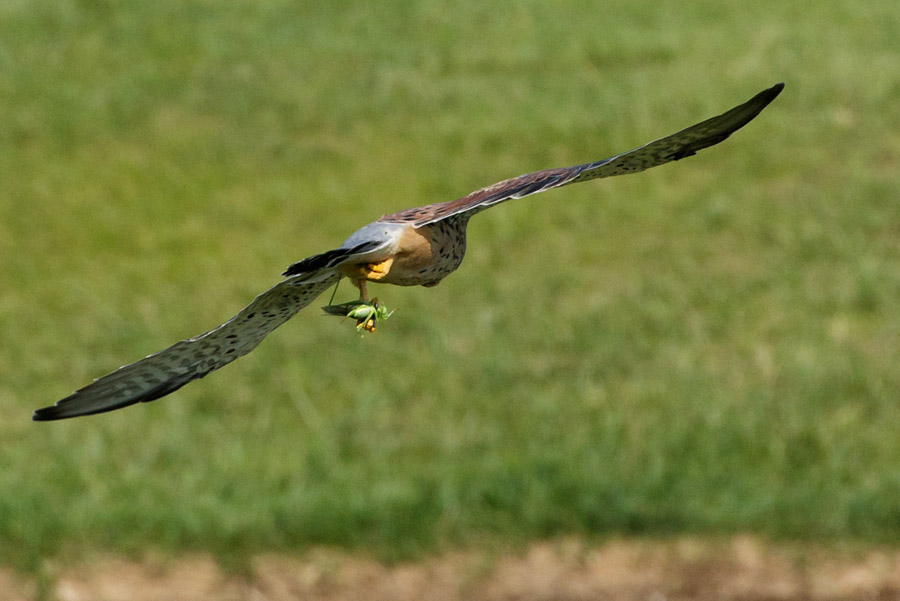 Kestrel at with speckled bush cricket 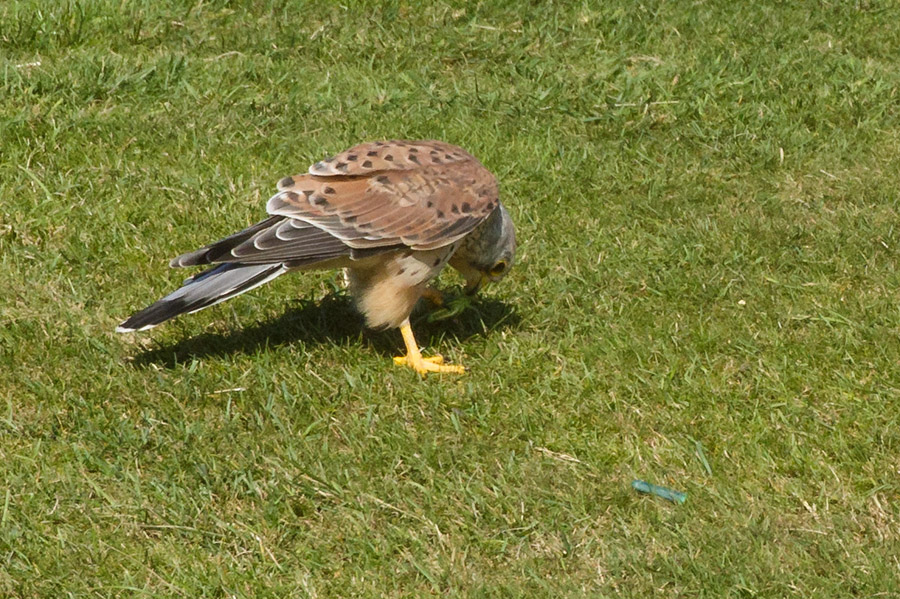 The young male eventually flew off into the distance. A female then appeared, perched along the fencing that runs between the fields and the local golf course. 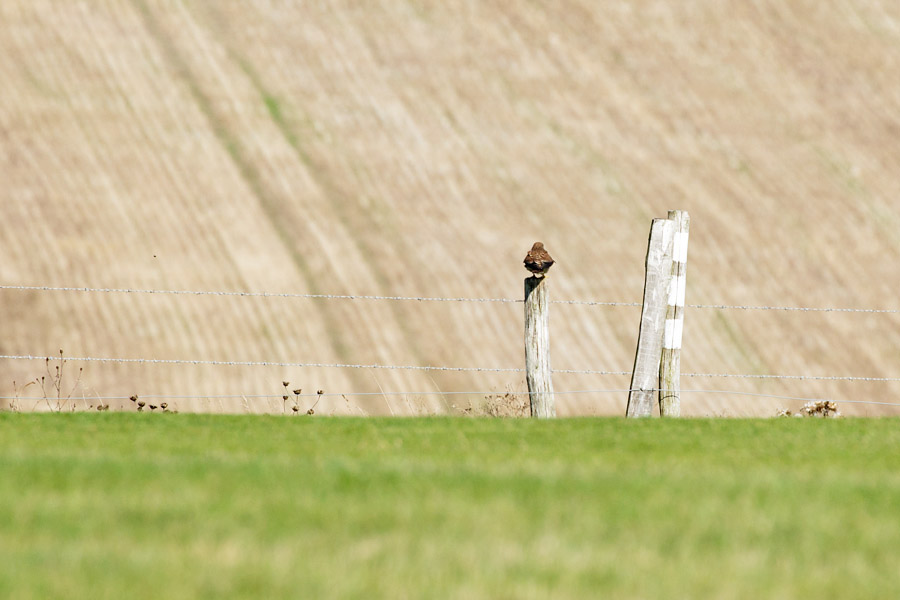 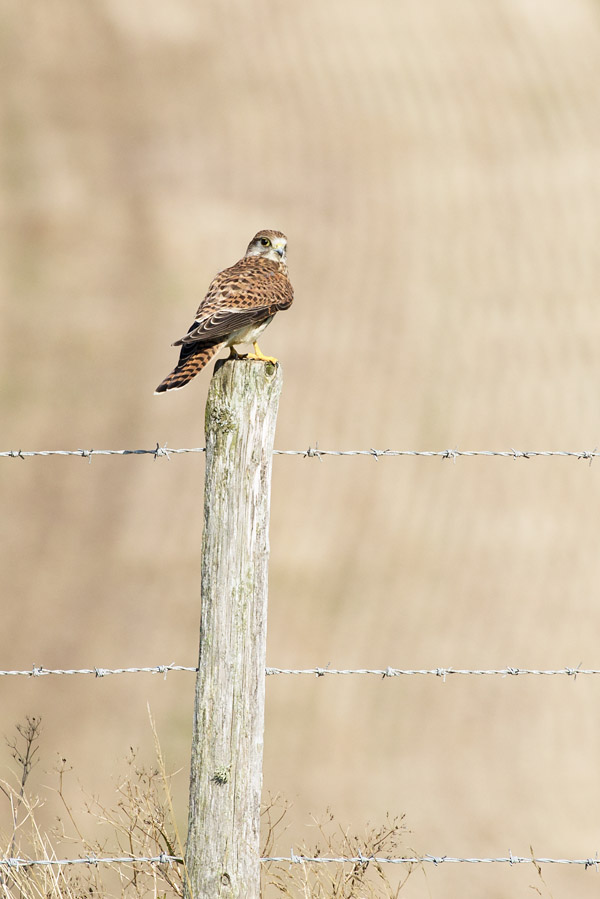 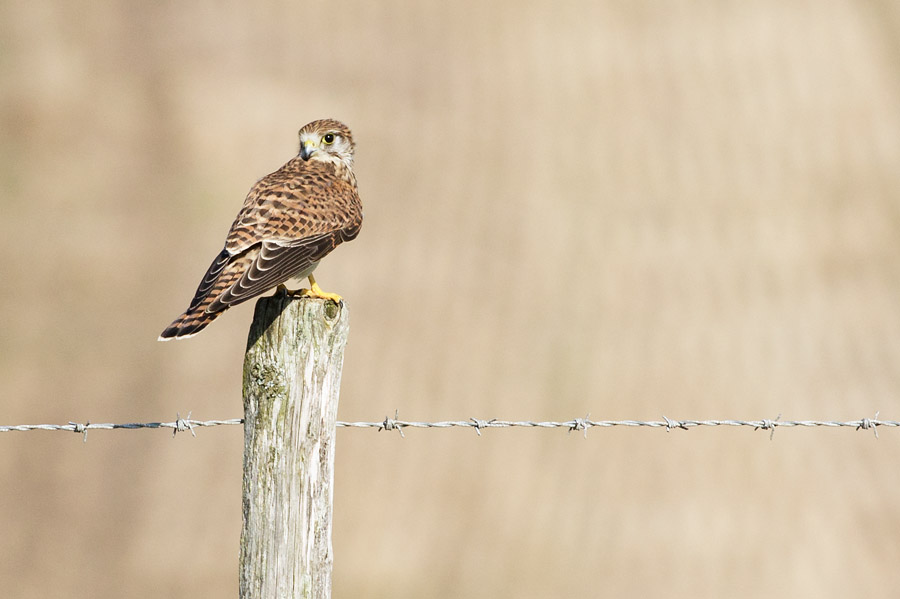 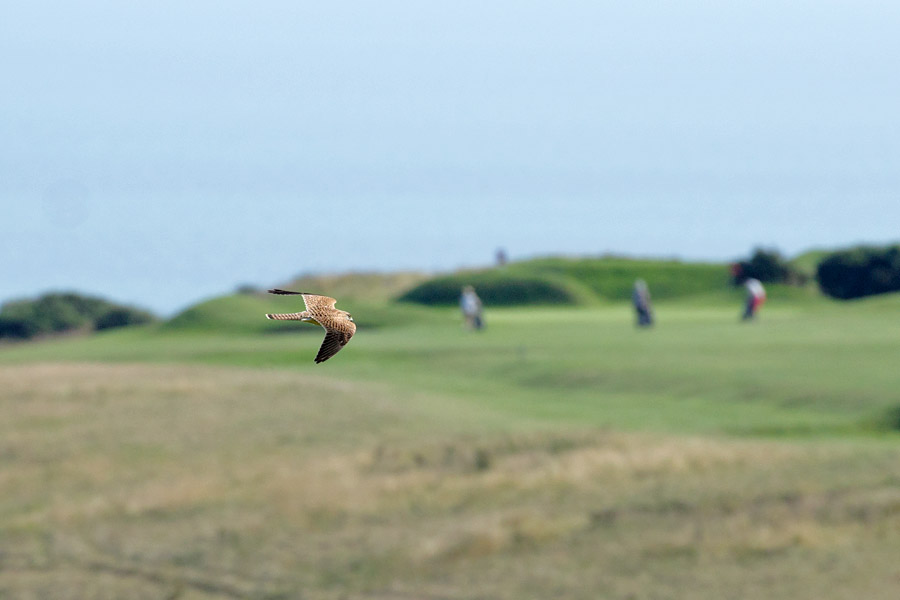 Kestrel cruising over the golf course at Sheepcote Valley

The heat got to me. I headed back to the car. Andthere he was again. The young male perched on a street lamp. 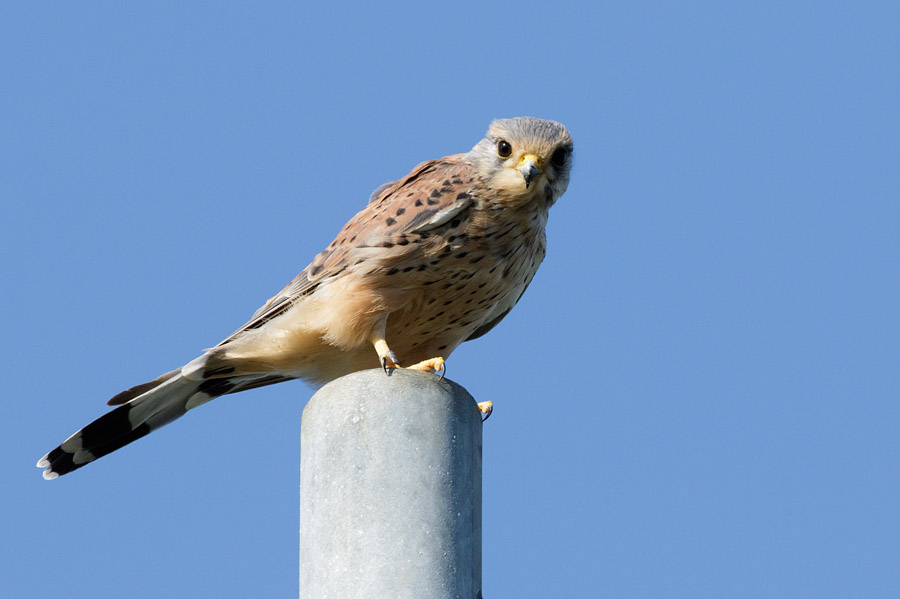 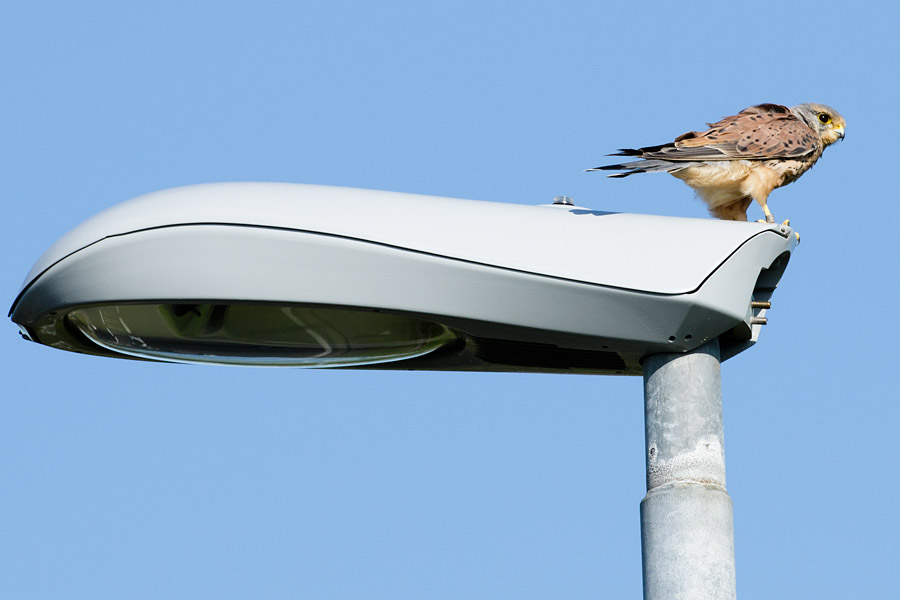 Back to watching from a handy perch

This entry was posted in Bird of Prey and tagged kestrel.