If I hadn’t seen this with my own eyes, I wouldn’t have believed it. But it’s real, and I have the photographic evidence to prove it. Apart from a minor bit of cropping, I have done absolutely nothing to this image. It’s as shot from the camera and – as you can see – it shows a newt standing in mid-air. 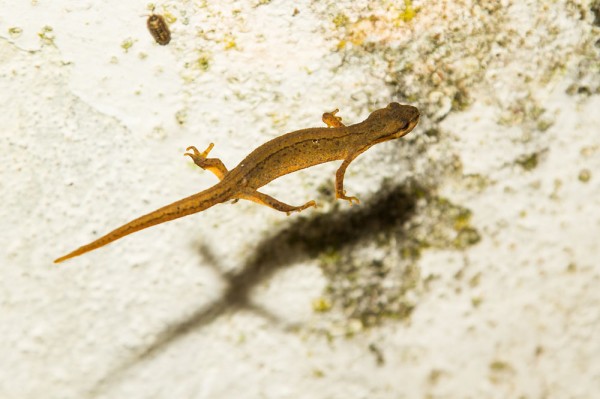 I spotted it last night out in the garden. The wall behind it is near our back door, and the newt was quite literally standing in empty space. It was there for several minutes… long enough for me to go and get the camera, take a few shots and then investigate what was really going on.

On closer inspection what seems incredible becomes rather more prosaic. The newt is hanging in space in an area between a large rubbish bag and the garden wall; an area not only frequented by newts, but also by spiders. Somehow the newt had managed to clamber up the bag and was attempting to traverse the gap to the wall by walking along a mass of very fine spider webbing. Its progress was slow, and after watching for a few minutes I intervened with a piece of card and gently lifted it away. There were tangled remnants of sticky webbing around its tail and legs. I removed what I could and placed the newt back on the ground. It stayed motionless for a few minutes, and then started to move away, slowly at first and then with greater freedom as the final fragments of webbing around its leg broke away. Later we watched it scurrying around happily with a couple of other newts.

While all this was going on, Pretty was pacing around as only a fox can. Here she is standing just above the part of the wall where the newt was hanging. 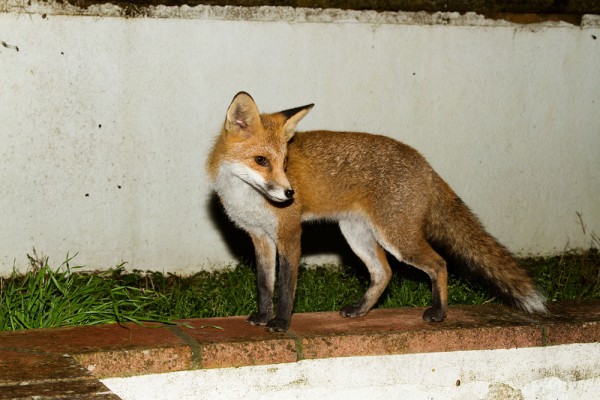 Newt saved, Pretty retreated to the rear of the garden. 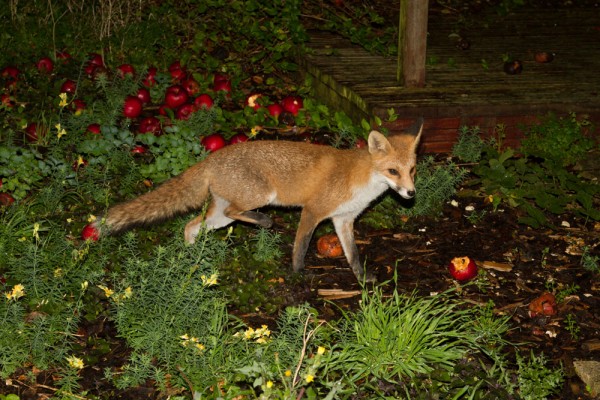 She’s been back again several times today, but we had nothing quite as exciting as last night’s rescue to hold her attention. 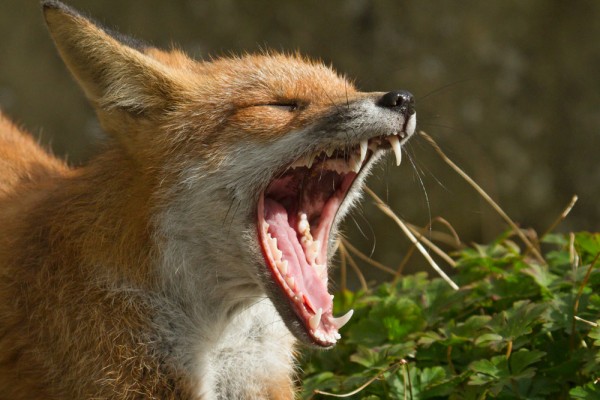 A big storm is heading our way on Sunday night. Much of the south of England will be hit, as well as more northern parts as it progresses up the country during Monday. Take care if you are out and about.

Smooth Newts on the Patio

These shots were taken just after midnight last night. There were four of them scampering around the patio. Well ‘scampering’ might be putting it a little strongly, but they were a lively and engaging little group and it was good to see the newt population standing up for the local amphibians (it’s been terrible for frogs this year). 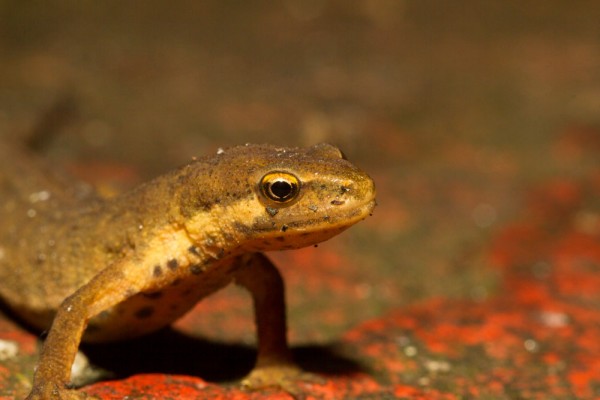 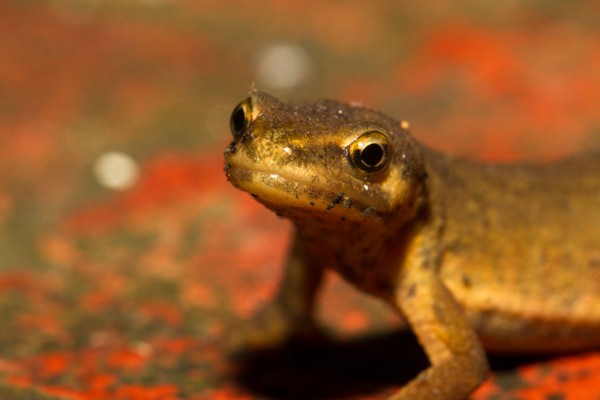 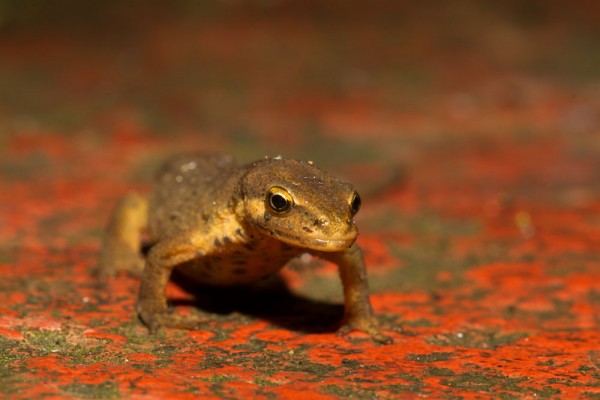