More portraits of the bird life down at Falmer Pond, though this time I’ve focused on the species that tend to live in rather than around the water.

I can’t do a post like this without including a mallard duck, so here’s one standing on a submerged rock in the morning light. 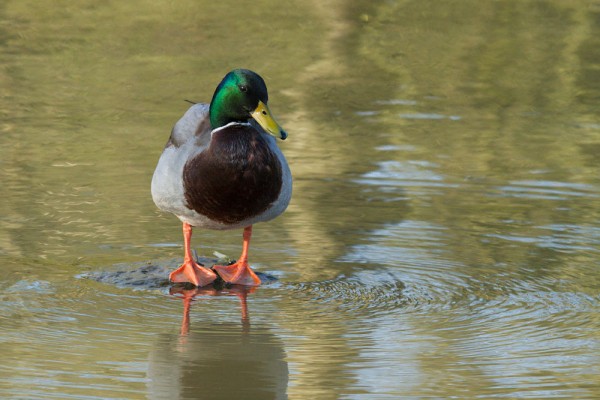 We have two species of rail at the pond: the moorhen, which is by far the most numerous: 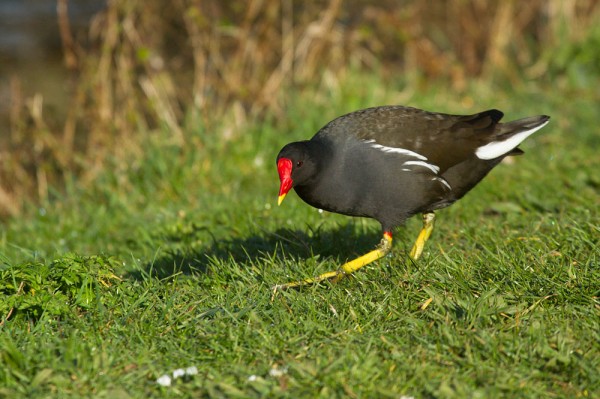 And the coot, which is quite a bit larger. I’ve seen three at Falmer this year, a slight improvement on numbers over 2013. 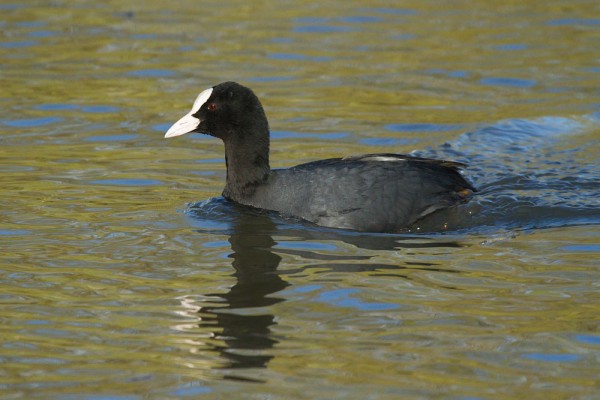 I’ve posted plenty of pictures of the local greylags recently, but here’s one more: Greylag among the Daffodils. 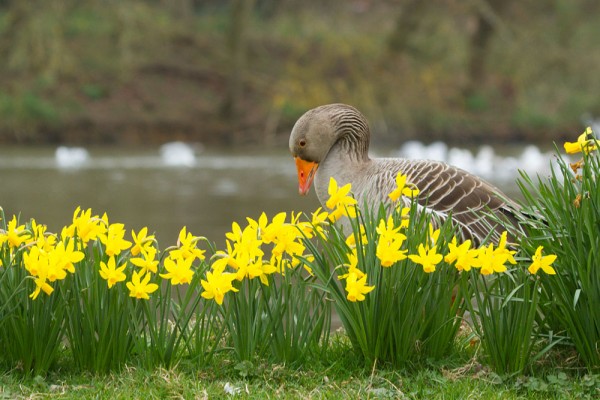 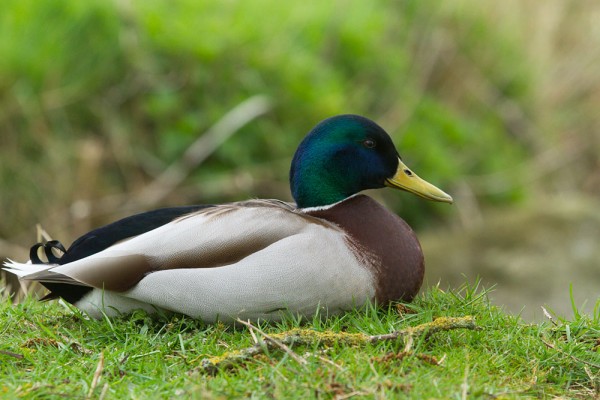