There was hint of sunshine this morning. It didn’t last and we’re currently shrouded in mists this evening, high up in the South Downs. But the sun was nice while it was there, and it brought out the early morning duck feeders to Falmer pond. I’m sure the ducks did well enough, but whatever the ducks don’t get, there are always other hungry and watchful creatures around determined not to miss out on the free grub. 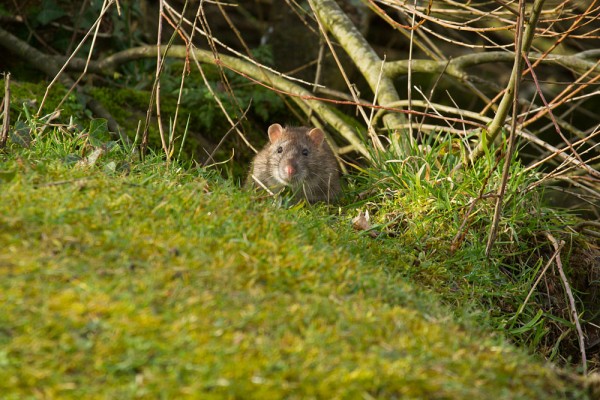 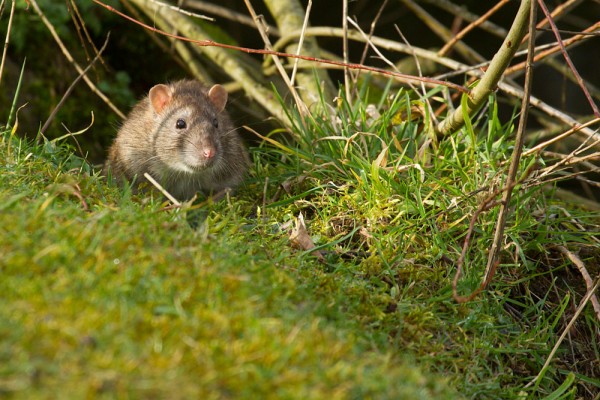 Patience proved to be a virtue, and after several scurries back out of sight, the rat was rewarded with by the appearance of several pieces of bread. 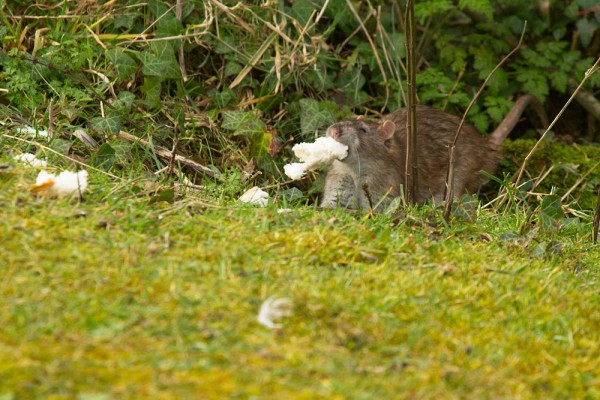 With each piece it would disappear into the undergrowth, before re-emerging a minute or two later empty handed. I watched its route each time. 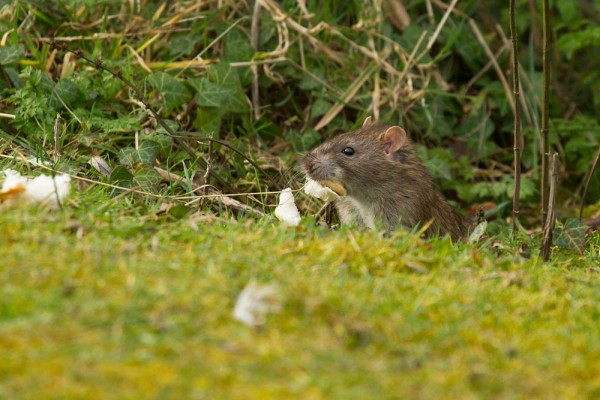 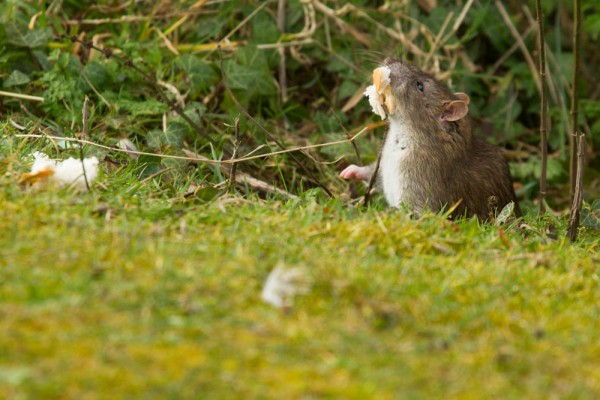 This is where it was taking its hand-outs. To the top of the tree in the left of this shot. I suspect it may have a nest up there. It stands just over 6 feet high, and it undoubtedly safe from any potential flooding. Wise little rat who lives in a tree 😉 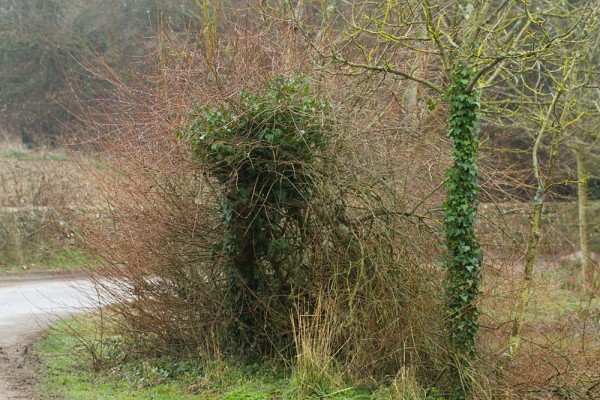 Later in the day a similar pattern played out as some of the lunchtime duck-feeders distributed more bread. This time the bread was going into the water, not on the bank. A lesser black-backed gull circled several times and took its share, but the main beneficiaries were the carp. 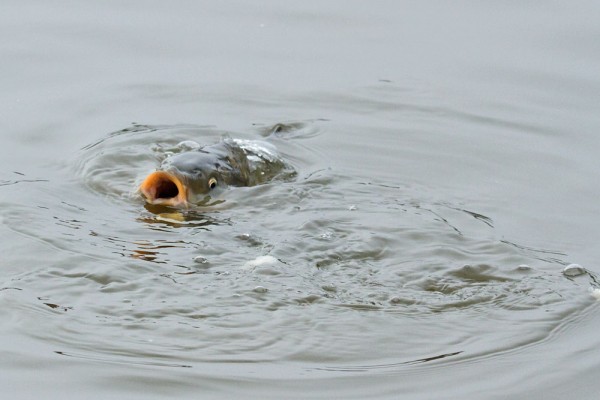 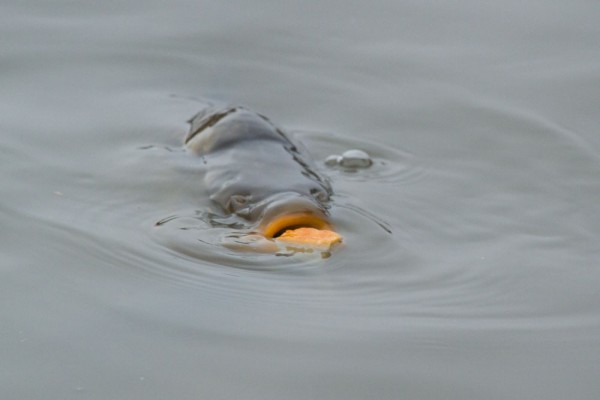 A Cormorant Gets a Fish

Signs are posted all around the pond, and the message is clear. Fishing is not allowed. 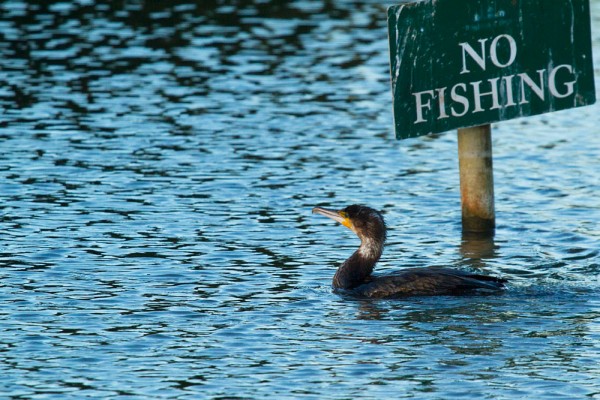 But when did posting a sign stop a cormorant from going after a hearty meal. 🙂 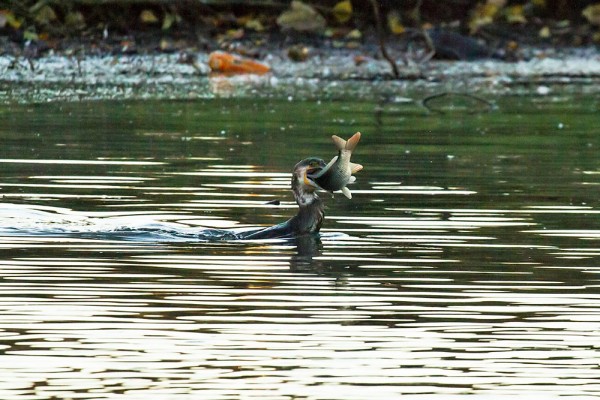 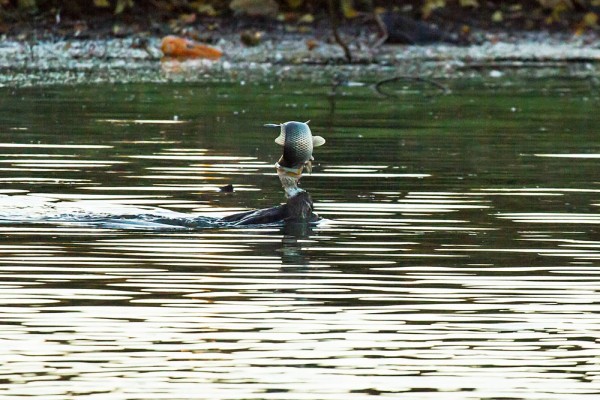 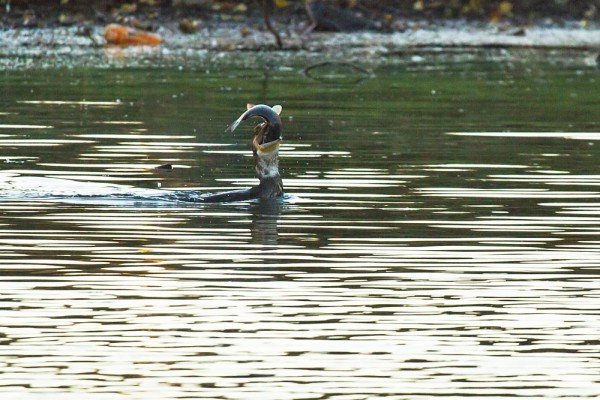 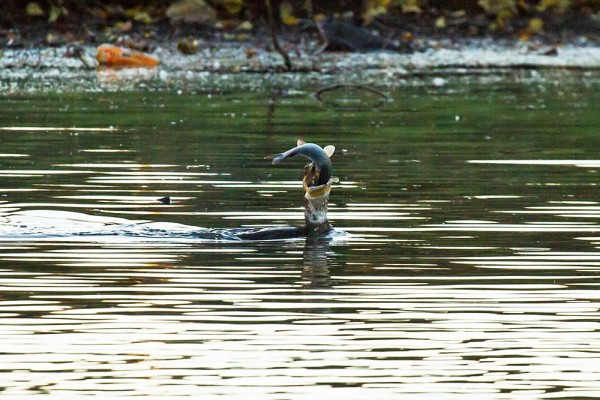 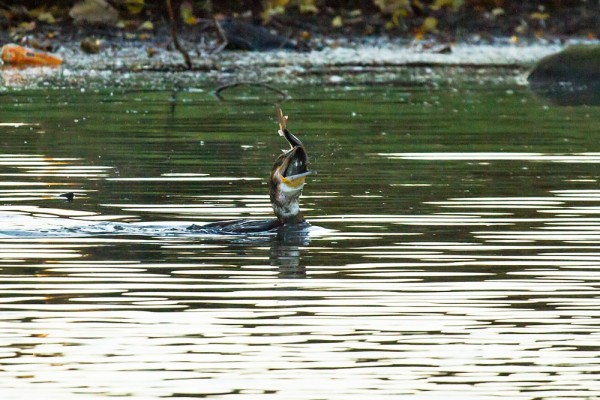 The photos of the cormorant with its catch were taken directly into a mix of bright reflection from the surface of the water, and deep shade from the trees at the edge of the pond. Inevitably they lack a little quality. The cormorant seems happy though!