Mixed weather again today… not too bad a start, but it rained at lunchtime and tonight's promised lunar eclipse was a complete non-event here due to a layer of fog that's hung over us for most of the evening. That's not to say that I didn't make the best of what weather we had.

It started early this morning over by Falmer Pond. The churchyard is often lively at that time of day, and that's where I photographed this fine looking blackbird. 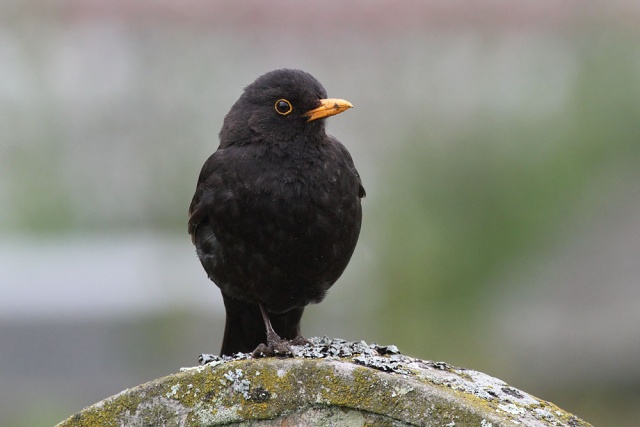 There was however a much more bizarre encounter with three of the drakes (two mallards and a hybrid). I've no idea if the target was a younger bird (or just unlucky), but two of the ducks launched a frenzied assault on the third. Despite attempts to escape… 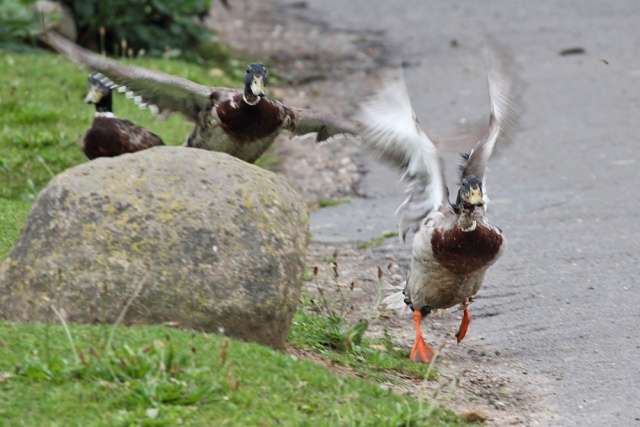 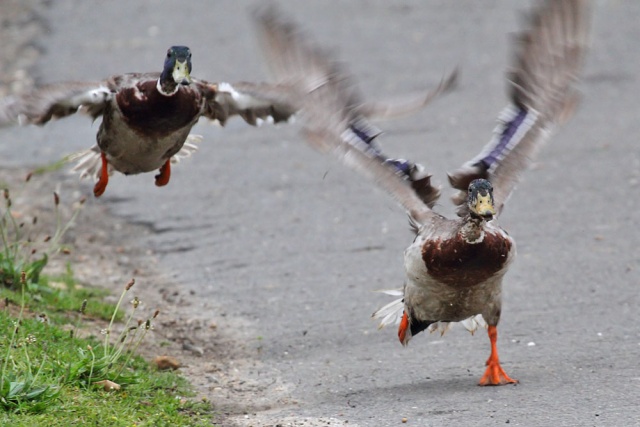 And despite attempts to hide… 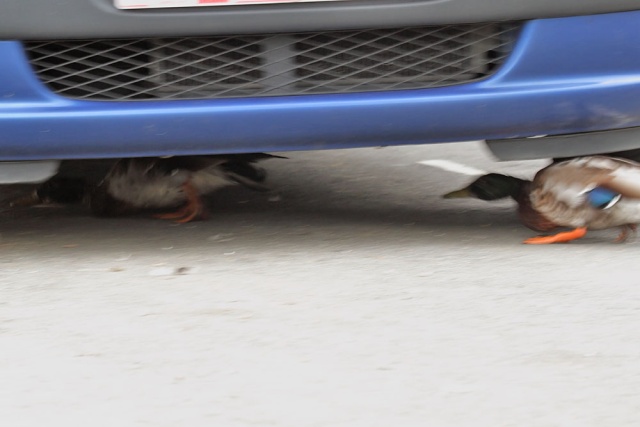 … they eventually cornered their victim down and proceeded to put the term 'pecking order' to the very literal test. This kind of behaviour is far from unknown among ducks but it's the first time I've witnessed it. The victim did eventually manage to get free and make a somewhat disoriented escape, while the perpetrators wandered off in the other direction as though nothing had happened. 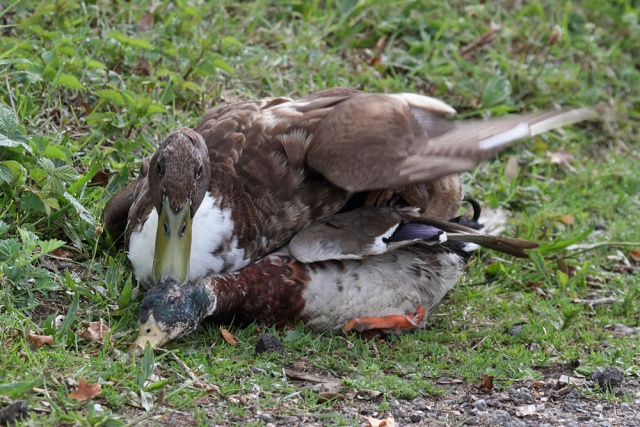 Witnessing that made me realize that these little things won't stay cute forever! But for the moment they are cuteness plus some! 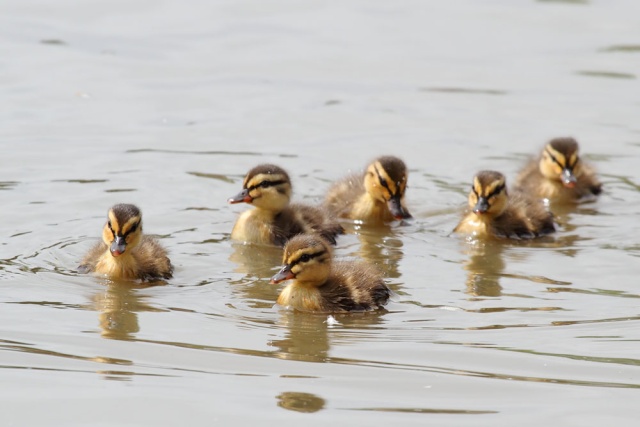 Not quite as young as the ducklings (which are I think the fourth or fifth brood on the pond this year), the young moorhens are turning into fine looking, and highly photogenic, juveniles. 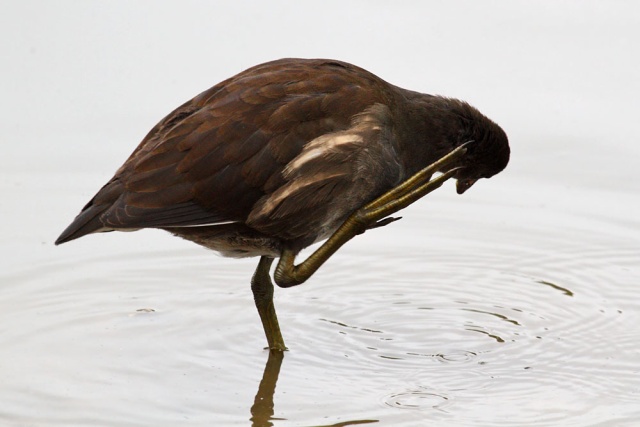 The heron was demonstrating how it defies gravity… 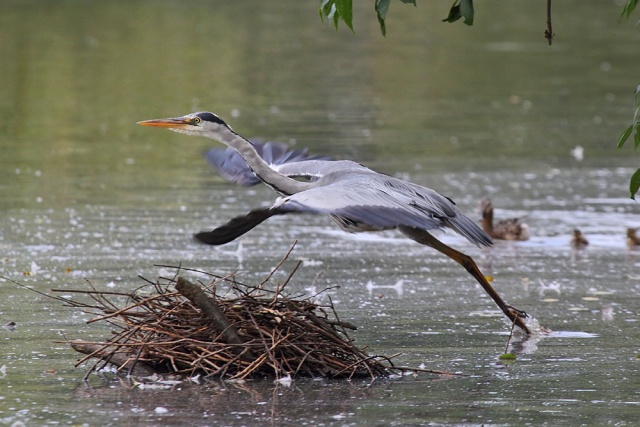 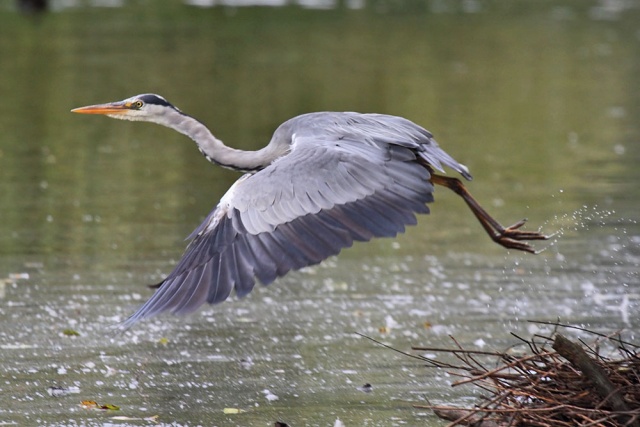 And for me, the spot of the day was a fleeting moment when a green woodpecker flew over the pond. I had time for two frames (literally), and they were more or less in focus (a big bonus!). 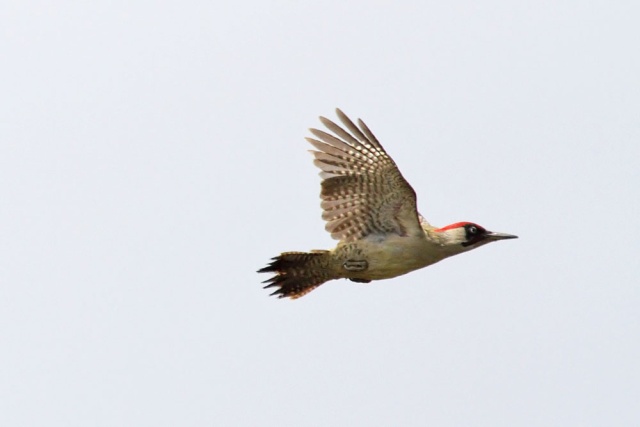 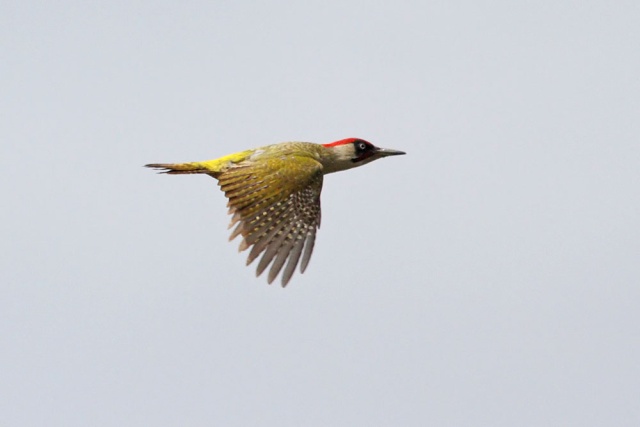 Lastly, I can't go without one shot of the young herring gulls. Given that it's now past midnight I think this might be the best shot to close with! 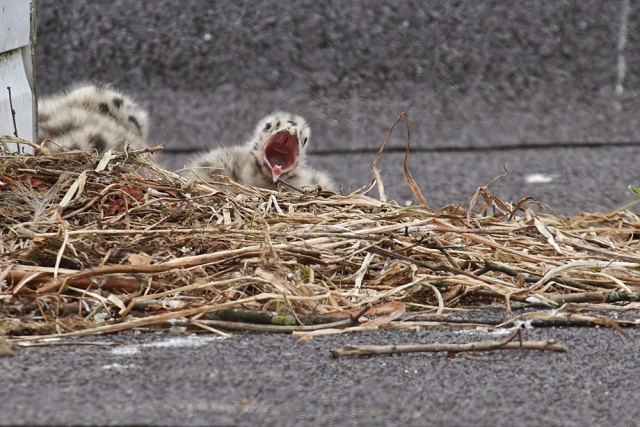