Both the young foxes were around today, and both were utterly charming and cooperative with the camera. Scamp was the early arrival, this morning which is when I took this back-lit silhouette of her. 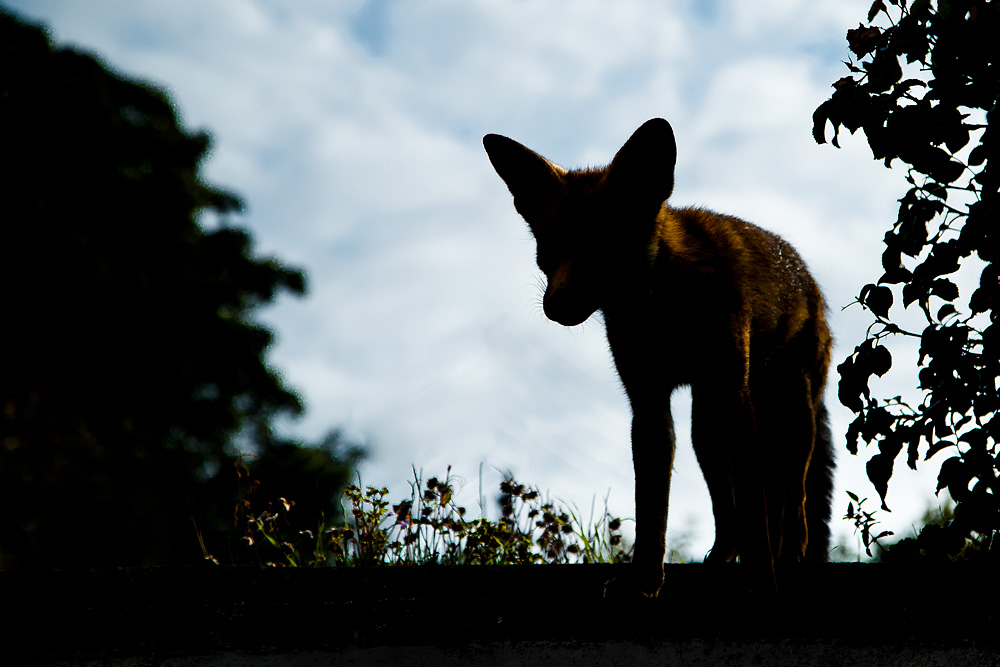 Scamp, the young vixen in silhouette

We named her Scamp because of her early habit of scampering away into the undergrowth, but she has become rather bolder as time has progressed. She is still more reserved than her brother, but they get on well together. 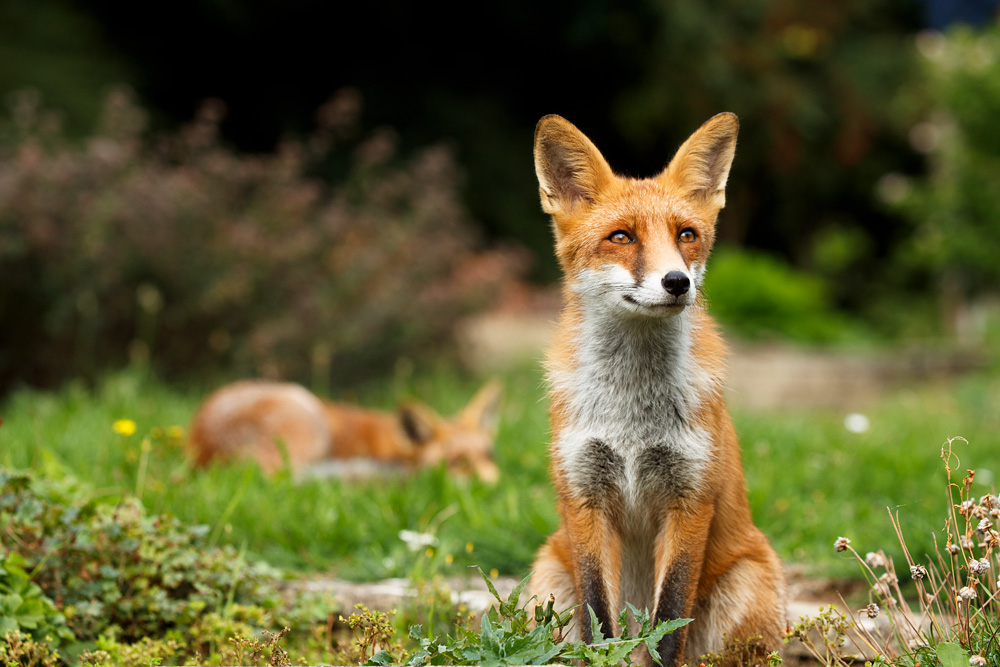 Long Nose, the young male fox, with Scamp relaxing in the background

Long Nose was named for his long, elegant snout. He was the first of the cubs we named at a time we were still using physical identifiers for naming purposes. Given his relationship with Scamp (or Scampi), I sometimes think we should have called him Chips (Scampi and Chips). The more I see of him, the more he reminds me of one of last year’s cubs we called Black Tail. 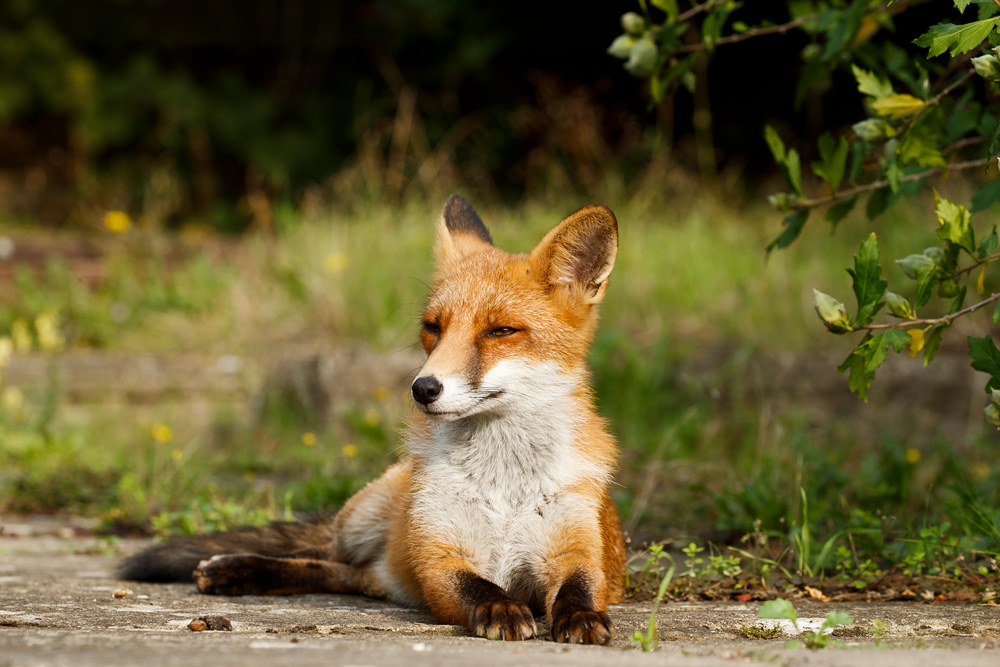 Long Nose has made a speciality of sprawling himself out int eh sunshine. He is undoubtedly one of the most relaxed foxes we’ve had visit. These shots are typical. 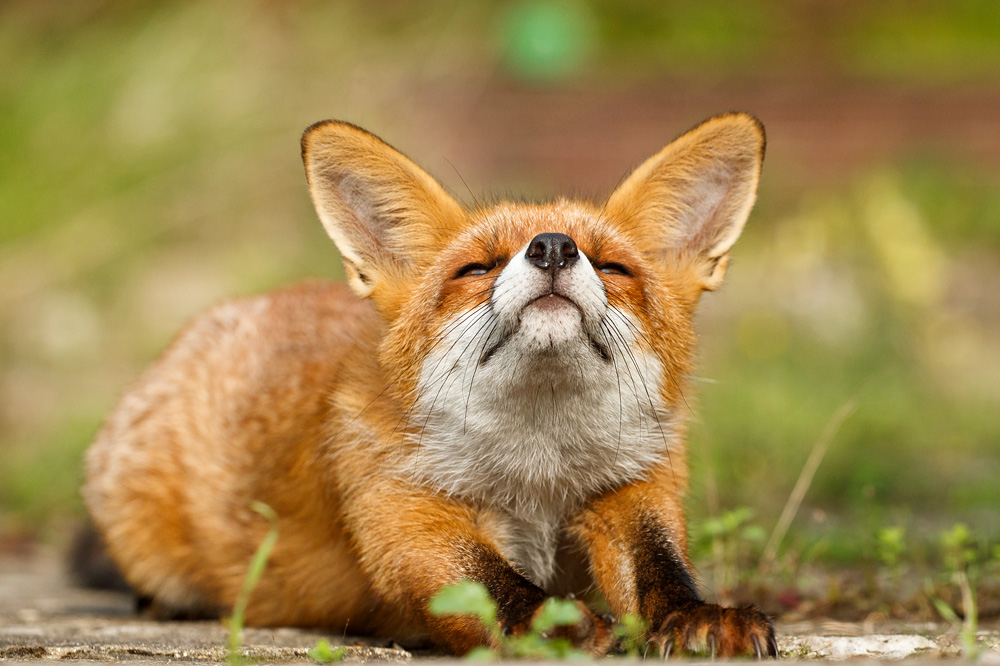 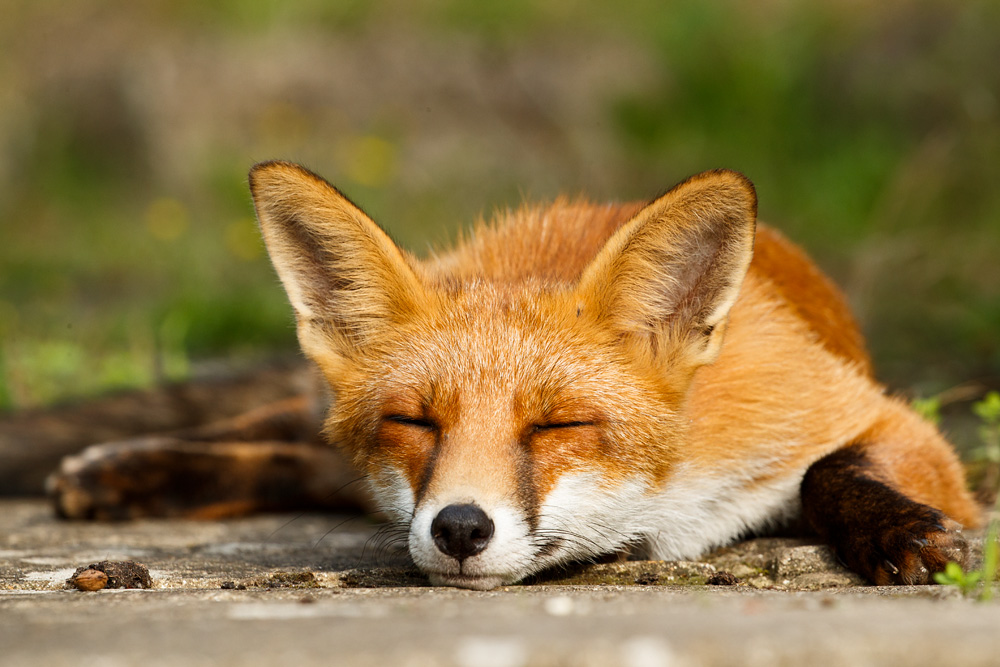 Long Nose without a care in the world

Scamp tends to be more cautious, or at least to pick slightly more sheltered corners to spread out. 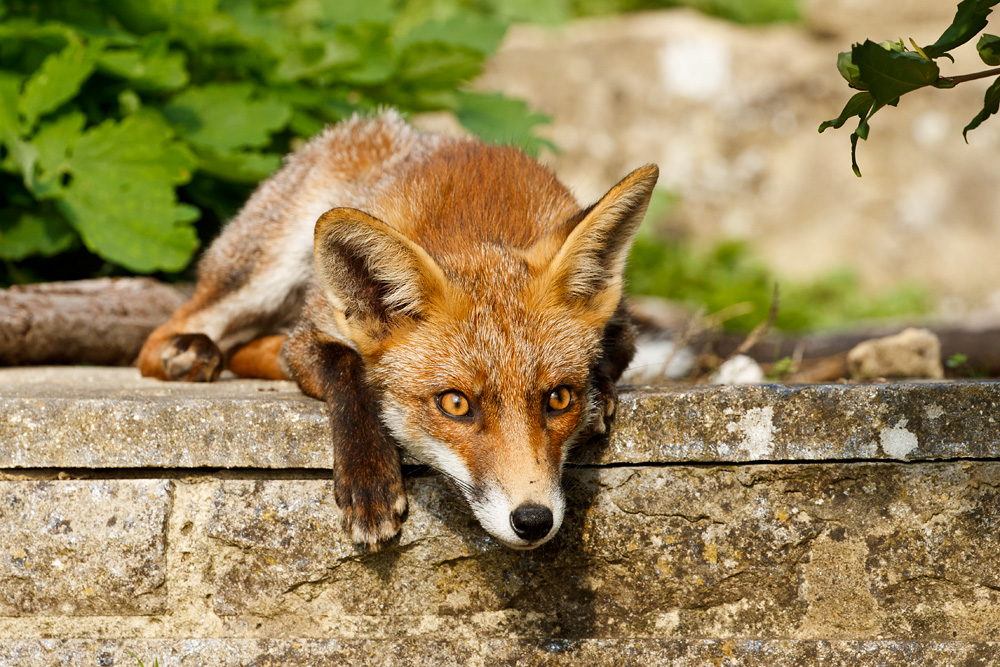 Scamp, sprawled but alert on the steps 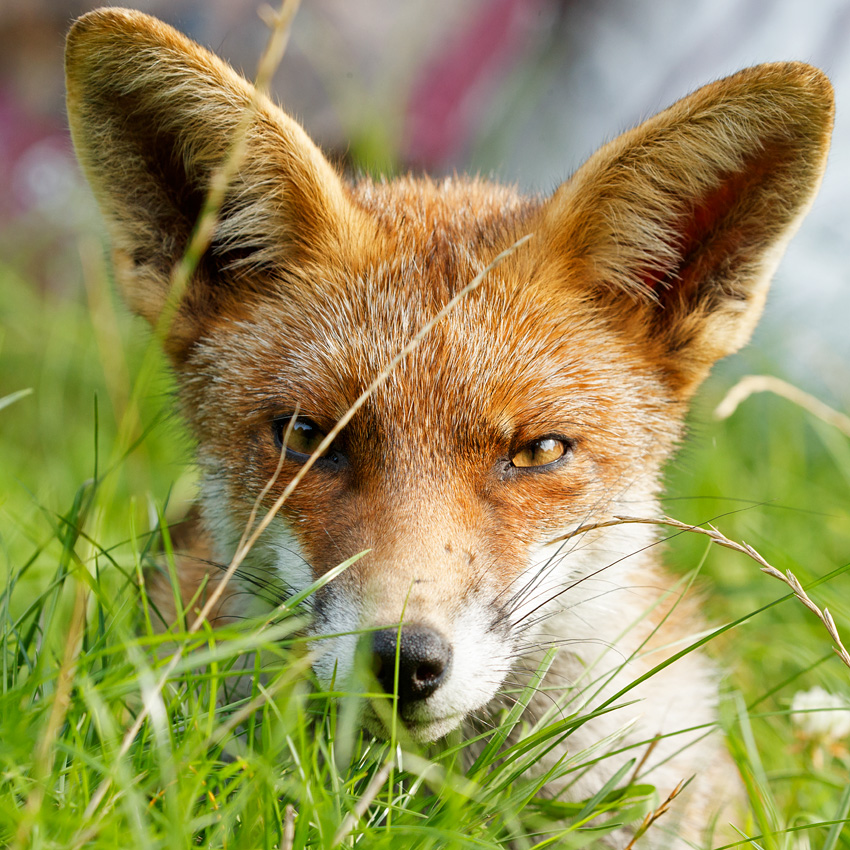 Scamp, peering out through the long grass

This pair are the only two of the cubs who have remained visible through the summer. I think there is at least one other around, but each fox is different and some remain cautious and secretive. Over the next two or three months the annual redistribution of territory will take place and the chances are that at least one of this pair will move on to a new location. Last year only one of the cubs (Pretty) remained over winter (she still visits regularly). It would be nice to think that at least one of these two will stay this year.

This entry was posted in Foxes, Wildlife and tagged fox, foxes.