Three Foxes and a Badger (video)

I’ll come to the video in a moment, but first some photos of one of the three buzzards that flew over the garden this morning. We do see them occasionally up here, but it’s a long time since I’ve seen three together (though only two feature in these photos, and I failed to get a group shot).

This is the first buzzard (which was closely followed by a second one). It flew across the rear of the garden, so I only had a few moments to get a photo. 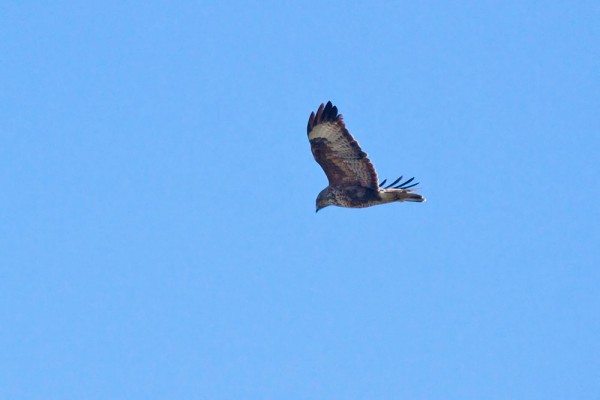 The third of the buzzards circled overhead for a while. These are two of the better photos. Both are hefty crops. 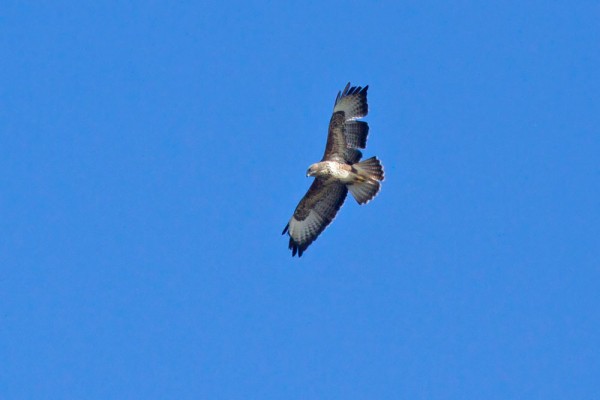 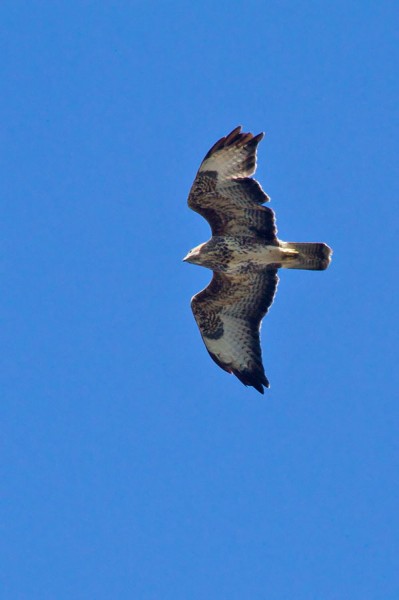 Now to the video. It’s a series of clips taken over the past two nights via the garden trail camera. The sequences include two clips of a badger, plus the three most regular fox visitors. Pretty you know (she’s by far the smaller of the group). There’s a large healthy male (Nicked Ear) who has been around for some time. The third fox has shown up up several times recently. He appears to have a mangey brush, though the rest of him doesn’t look too bad for now.

Finally, a photo of Pretty taken a couple of hours ago. 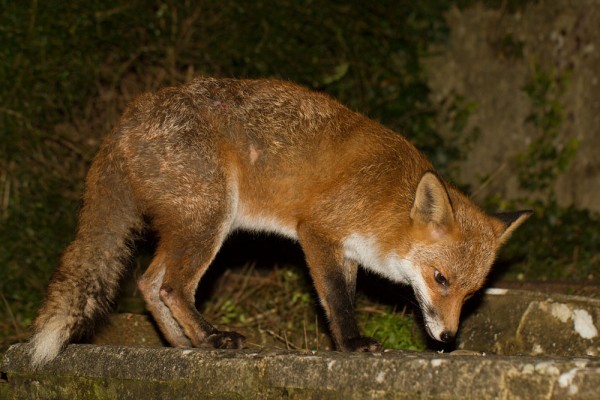