Our local badgers have always been very shy and difficult to photograph, but that may be changing. Last night one of the two badgers that visits regularly decided that maybe I wasn’t such a great threat. It was already in the garden when I went outside, and retreated briefly while I went to put down some peanuts. But it was back almost immediately after I had stepped away. And it stayed, even following me down the garden path. Here’s the badger returning to the garden. 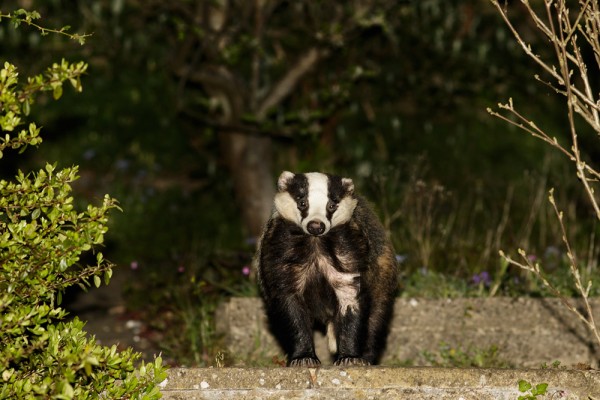 There was some mutual wariness. I am much bigger than a badger, but badgers have spectacular claws and very large teeth. We both agreed to keep a sensible distance from each other. The photos are all taken with a 200mm lens which was set to a minimum focus distance of 3.5 metres. The closest we came was probably around 5 metres, but the real gain was in being able to get some shots in slightly more natural surroundings. 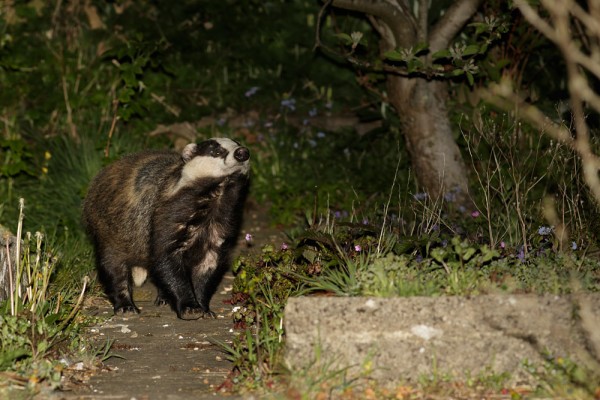 This next one is just a shot with the badger on the raised rear patio, but note the second badger loitering to the rear. It was noticeably more cautious and didn;t venture forward while I was there. 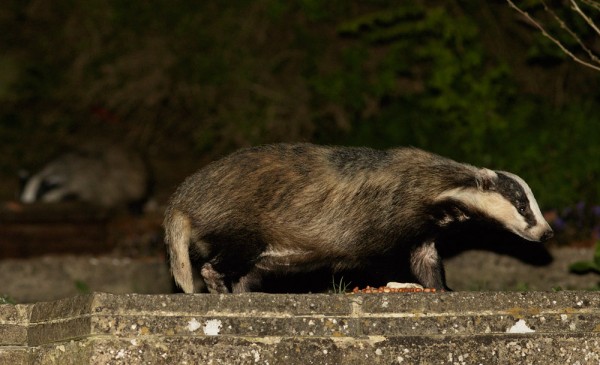 This is another shot of the shy badger. 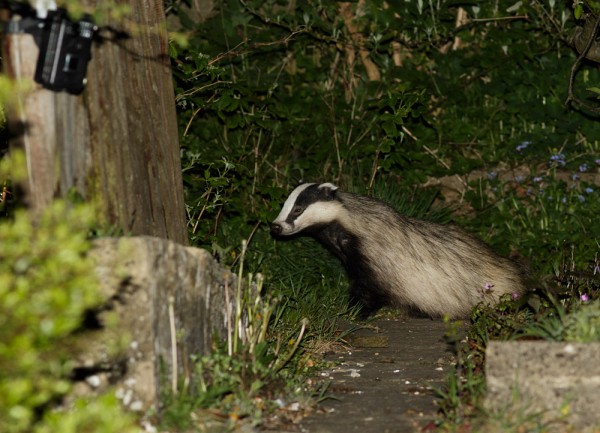 After 15-20 minutes, the bolder of the pair plucked up courage to venture down the garden towards me. I plucked up ‘courage’ to retreat a little further. 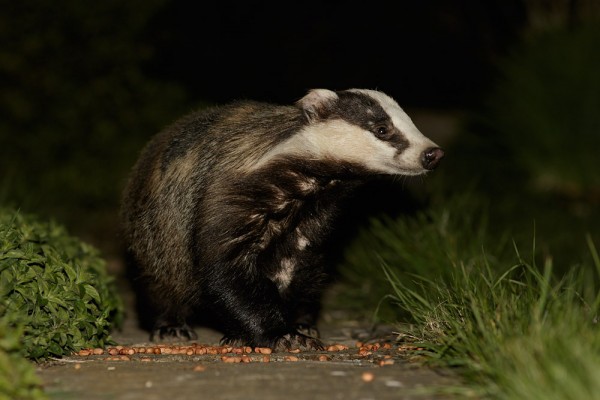 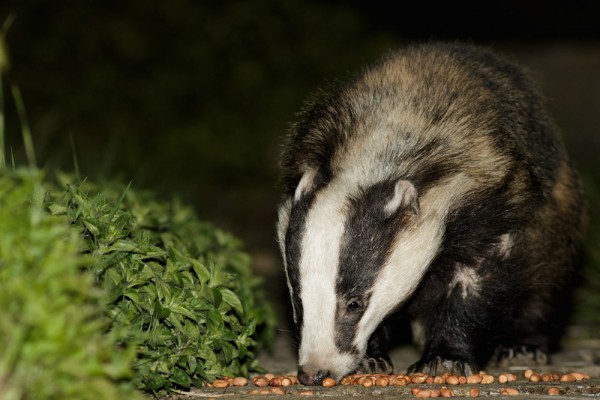 And a cheery farewell from a very friendly badger. 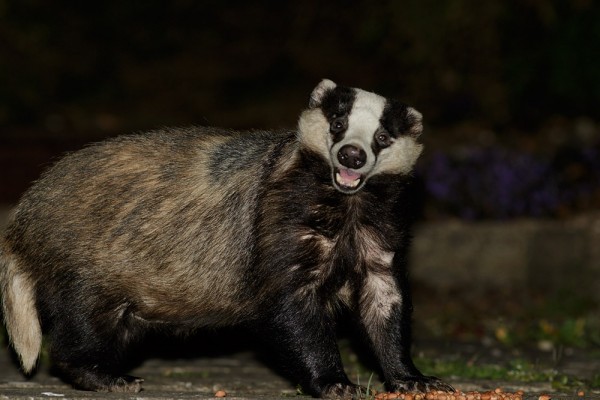 This entry was posted in Badger, Wildlife and tagged badger.